Home > Visit the Botanical Garden > The Collection > Herbaria > Other Herbaria 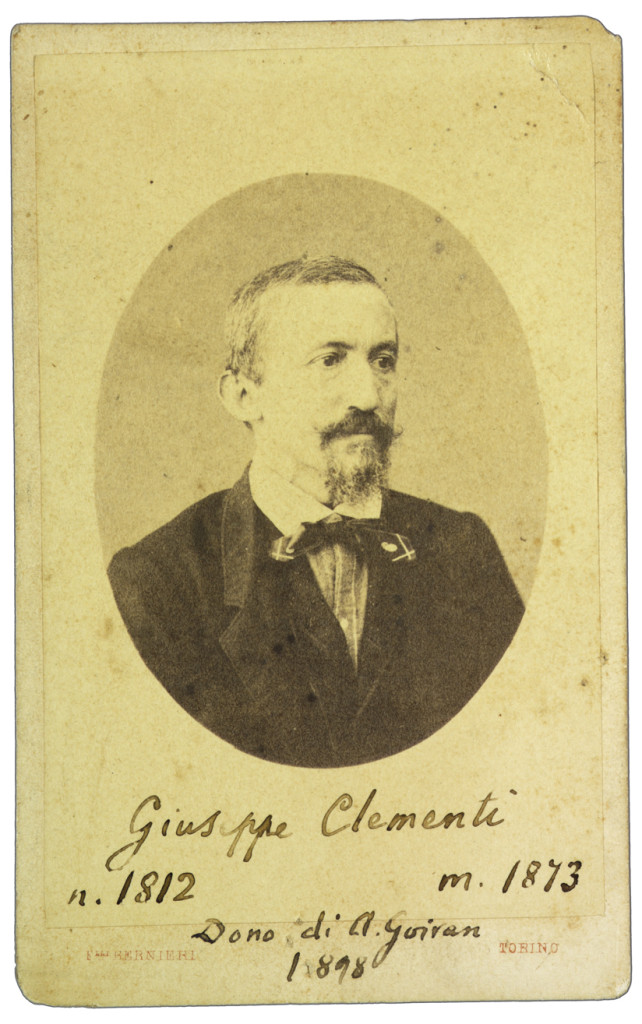 The herbarium of Giuseppe Clementi, which is dedicated to the vascular flora, consists of approximately 16,000 sheets with 9,308 registered in a database. Many samples of the 80’s of the last century have been removed from the original sheet and transferred on cards.

It belonged to the Venetian Giuseppe Clementi (Alcenago, 1812 – Turin, 1873), whose link with Bergamo was professional and in a special attitude. Graduated as a chemist in Padua, he was an assistant chair of botany of prof. R. De Visiani that involved him in his research, including the flora of Dalmatia.

Botany was a passion that he cultivated for many years but has not able to give him a financial support. Once he has chosen the teaching profession, he won the chair of physics at the high school in Bergamo, where he moved in 1847. Here he made close ties of friendship with the Camozzi Vertova family, especially with Gabriele and Gianbattista that together with them he shared  the patriotic ideals. At the outbreak of the Risorgimento of 1848, he joined the insurgents of Padua, where he fled after the collapse, first in Greece and then in Turkey.

In addition, in order to to seek his fortune, he was able to study and collect specimens of rare native flora or others of scientific interest which, after returning to Italy, he published in 1855 under the title of Eastern Sertulum. In it they were also described new entities that have significantly epithets referring to political friendships, Camozzi, Manganotti, etc. Meneghini.

To the herbarium also contributed many corresponding authors who, as usually done, exchanged samples in order to establish reference collections for further investigations.

The Herbarium and the scientific traces of Clementi deserve to be studied, if only for the great profuse job in its preparation than the publications produced.

After Sertulum Eastern the botanical interests did not seem to have been further supplied, and the full-bodied herbarium, remained in the house of Camozzi Vertova, was donated to the Municipality in 1875 by the mayor himself, Gianbattista Camozzi and thus became part of the collections around which coalesced the Museum of Natural Sciences in Bergamo.

Today the herbarium Clementi is one of the most significant herbaria of the Botanical Garden of Bergamo.

A vascular plant collection staged by Antonio Varisco (1826-1902) between the provinces of Bergamo and Pavia. It is conssist of 29 folders including 470 genera, 131 orders, 5 between classes and subclasses, of a total of 1,740 specimens.

A vascular plant collection staged by Antonio Roncalli in 800 specimens mainly from the province of Bergamo, for a total of 654 specimens. First cataloged in 1996.

The HERBARIUM of FAUSTA REGALIA

On 24 May 2005 a herbarium made in 1948 by Fausta Regalia was donated to the Botanical Garden of Bergam. The collection documents the natural environments of the Lake, in particular of Predore and constitutes an important source of meaning floristic information also regarding the historical landscape.

On October 2, 2013, a herbarium made between 1991 and 2012 by Gian Vincenzo Cerutti, Turin florist, was donated to the Botanical Garden of Bergamo. It is consisting of 5,136 samples of vascular plants collected in Piemonte, Liguria and Valley d’Aosta.